“Atletang Magiting” gets a gold crossover with the Kia Stonic
by Ayala Foundation
Share:

The Philippines’ first-ever Olympic Gold Medalist and “Atletang Magiting” Hidilyn Diaz finally gets hold of a gift in gratitude for her historic feat at the Tokyo Olympics – a top of the line Kia Stonic!

“Thank you sa pag-recognize sa pagka-panalo ko. Thank you so much na na-appreciate ninyo yung nagawa ko para sa bansa”, Hidilyn said, sharing that a vehicle will be helpful for her to move around especially in Metro Manila. 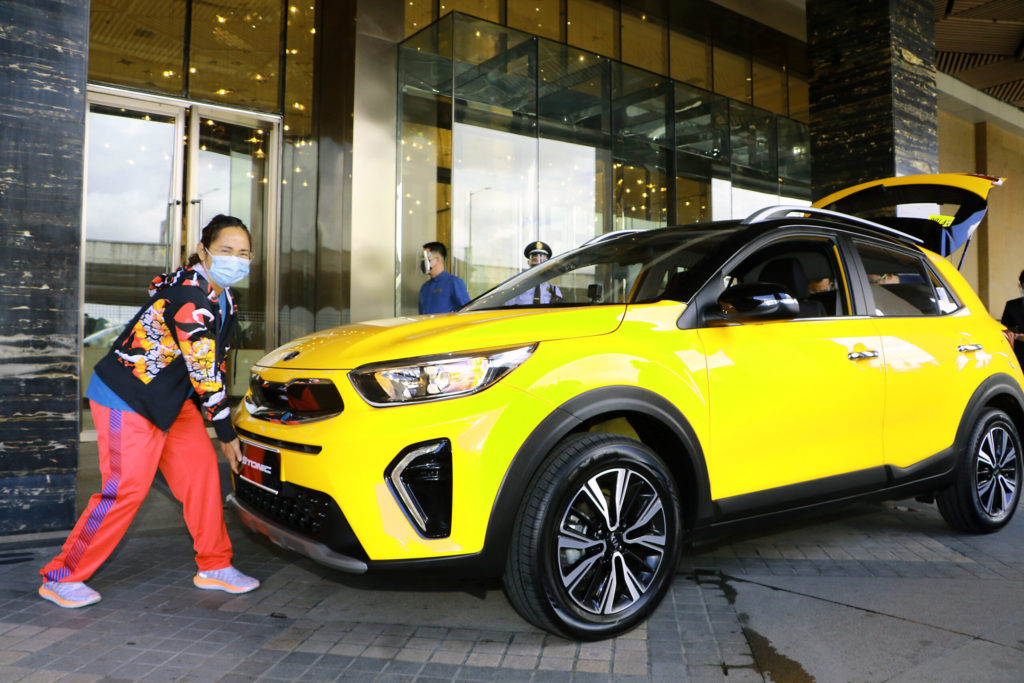 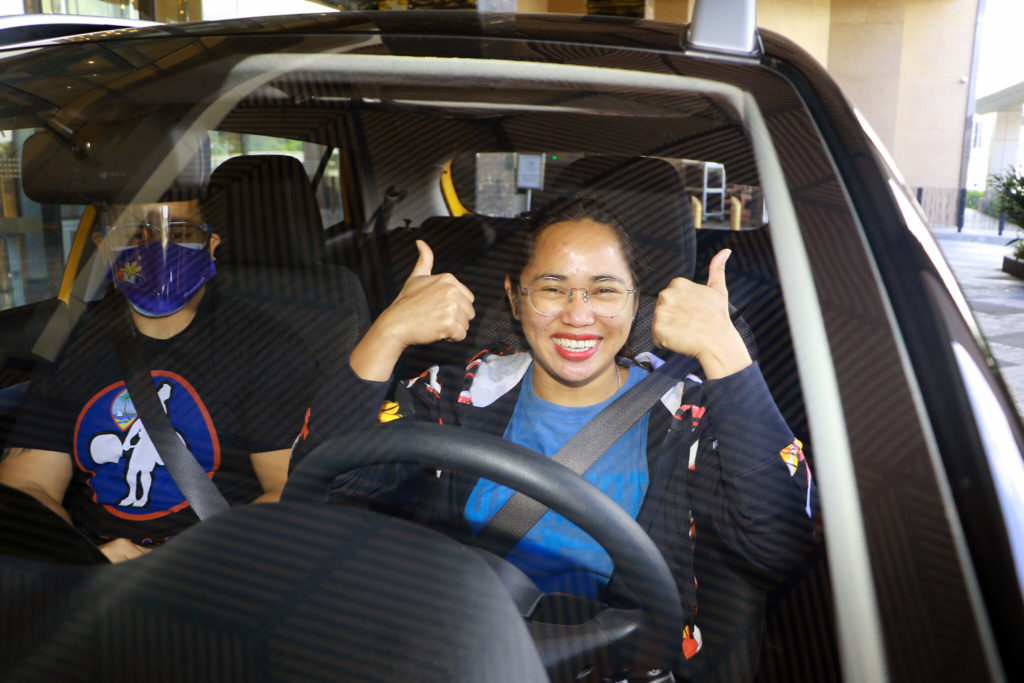 Diaz is all smiles as she takes her new car for a ride. Sitting in the passenger seat is Julius Naranjo, her strength and conditioning coach and boyfriend.

Despite the many odds she faced, Hidilyn remained steadfast to her goal for Olympic gold which she boldly declared as a 17-year old athlete in 2008 in an interview with Chino Trinidad for 24 Oras’ Time Out:  “Someday, dadalhin ko yung flag ng Pilipinas as weighlifter gold medalist sa Olympics.”

And she did just that after 13 years. 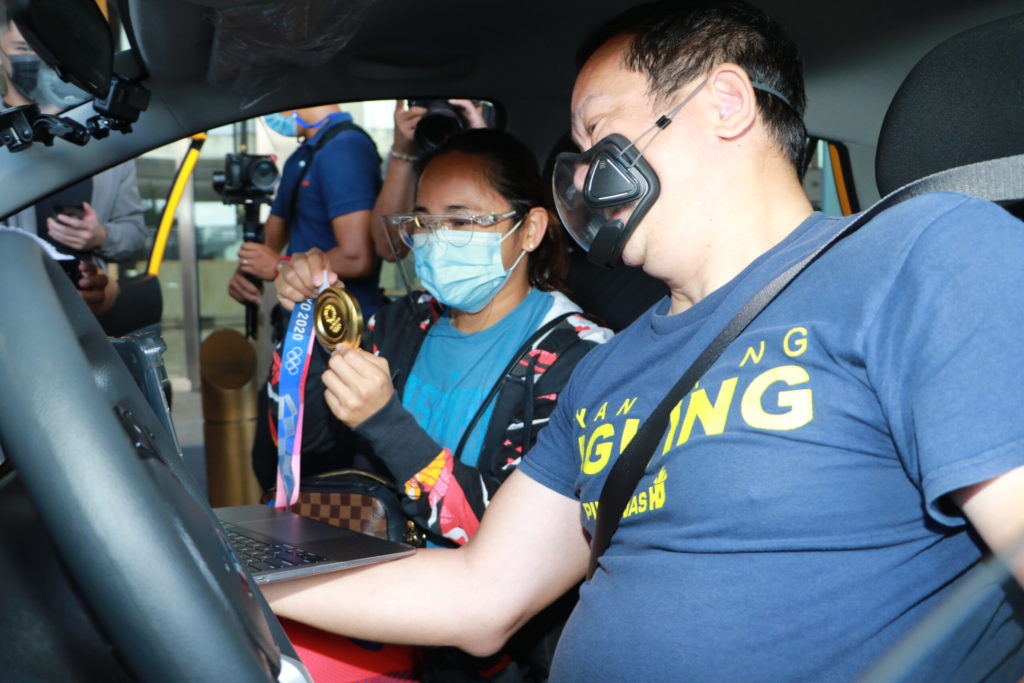 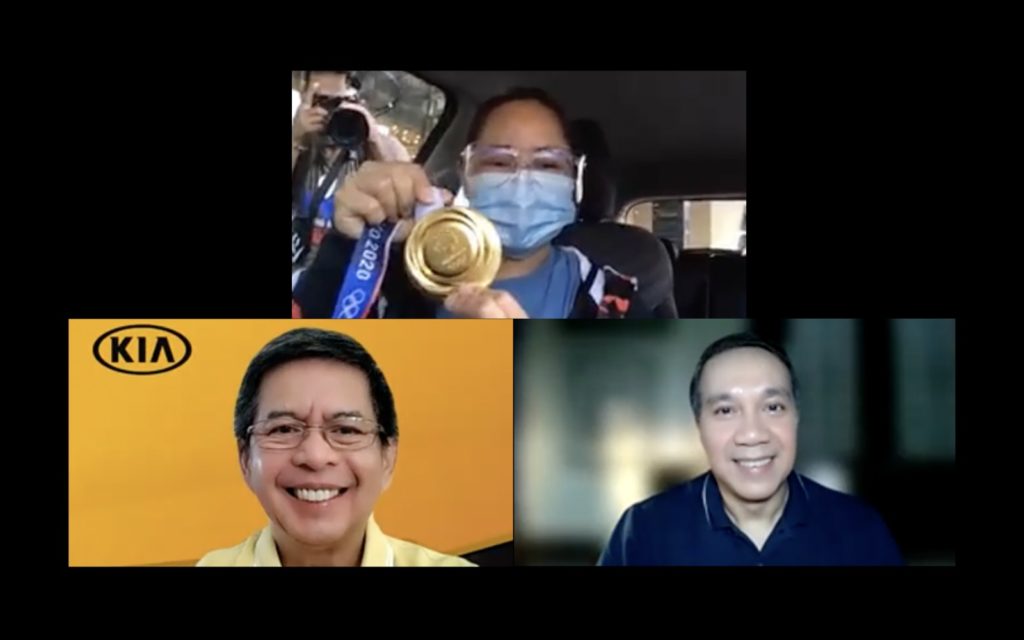 Recognizing Diaz as “Atletang Magiting” is part of Ayala Foundation’s sustained efforts to promote love of country. Through the Maging Magiting campaign, Ayala Foundation calls on Filipinos to take pride in our heritage and identity, by giving honor to our national emblems such as the flag, while also embodying the call for all of us to be heroes in our own ways. It has a recognition component, like the Pulis Magiting X Pilipinong Magiting initiative, which was recently relaunched in six regions to celebrate men and women in uniform who have shown extraordinary acts of heroism beyond the call of duty.

Recognizing Diaz as “Atletang Magiting” is part of the Ayala group’s efforts toward collaboration and synergy across companies and units and an expression of its continuing commitment to national development.

As the social development arm of the Ayala group of companies, Ayala Foundation envisions communities where people are creative, productive, self-reliant, and proud to be Filipino. Ayala Foundation is committed to community development, working closely with communities in identifying compelling developmental needs and providing suitable solutions with measurable outcomes. It implements programs under the following themes: Education, Sustainable Livelihood, and Love of Country.

In 2021, Ayala Foundation celebrates its 60th year, affirming its Faith in the Filipino through partnerships and programs for community development