Ilocos Norte Governor Matthew Marcos Manotoc welcomed the Brigadang Ayala and Maging Magiting programs as he underscored the long-standing partnership between his province and the Ayala group.

“We are proud to be their partners and we have seen over the decades that the Ayala group stands for more than just business,” said Manotoc. 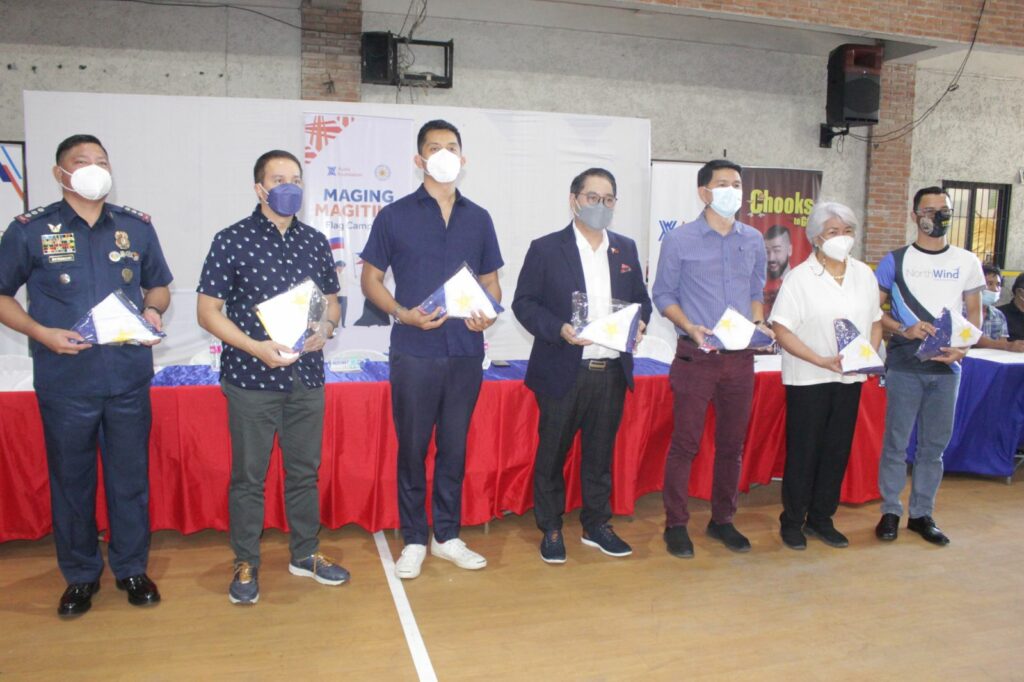 A total of 130 youth leaders from Ilocos Norte participated in psychosocial activities meant to enhance disaster preparedness and resilience and at the same time promote Filipino values. Primarily, Ayala Foundation partnered with Chooks-to-Go and PNP Ilocos Norte to engage young Ilocanos and their sports coordinators s in a basketball clinic held at the Laoag City Centennial Arena. The activity started with lectures on public safety and security and was capped with a friendly exhibition game between the basketball coaches and officers of PNP Ilocos Norte.

This follows the #BrigadangAyala disaster relief operations after the magnitude 7.3 earthquake struck the region in July 27, 2022.

“It is our great pride and joy to accept these gifts and we look forward to assisting our friends and our partners. On behalf of the over 600,000 Ilocanos of the province, we humbly and gratefully accept these donations and we will ensure that they will be put to great use.  Many, many thanks to the Ayala Foundation,” Gov. Manotoc added.

Under the Maging Magiting program, Ayala Foundation also led other activities in Bantay in Ilocos Sur and Bangued in Abra in addition to Laoag, Ilocos Norte, where a total 550 Philippine flags were given to LGUs, public schools and police precincts.

“I am very honored and very happy to be in partnership with Ayala Foundation and Chooks-to-Go because I abide by their advocacy to instill the Love of Country. Sabi nga ni Sir Ruel [Maranan, Ayala Foundation President], ‘the love of our flag is really important.’ It has different colors and symbols. May red, may blue, may white, at may yellow. Lahat ‘yan dapat isapuso natin: na mahalin natin ang ating bansa,” said Ilocos Norte Vice Governor Cecilia Araneta Marcos.

From the Wheels for Work program with the Makati Business Club and the Ayala group of companies, a total of thirty brand new bikes with helmets were given to workers, mostly coming from the education sector, who were affected by the July earthquake.

Close to a thousand #BrigadangAyala health kits were also turned over to various schools together with PNP Ilocos Norte, PNP Ilocos Sur and PNP & DepEd Abra partners. These were packaged with some storybooks for grade schoolers. 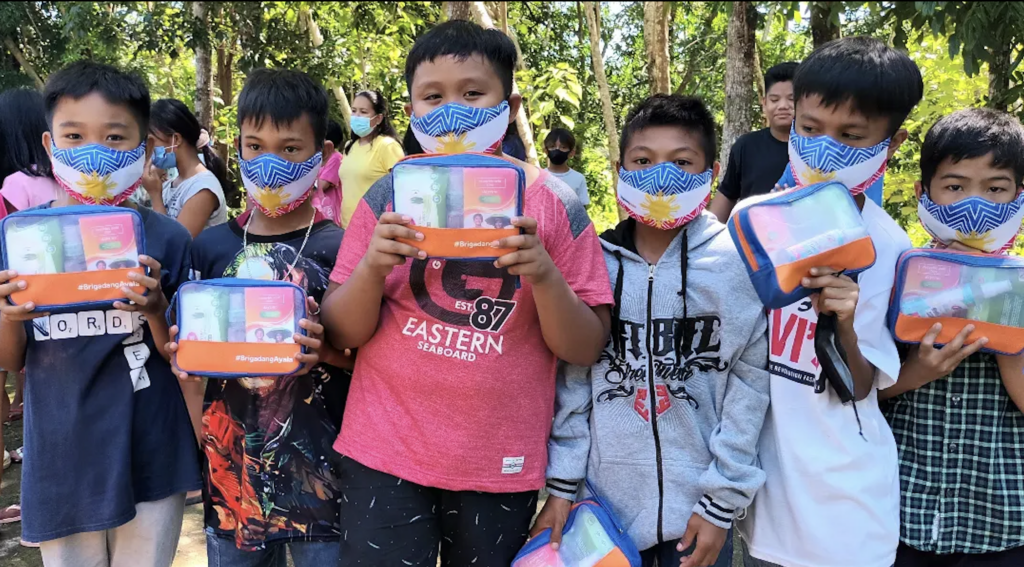 Meanwhile, in the City of Manila, Maging Magiting held its biggest flag distribution to date as it turned over 1,000 flags to be given to every barangay and some public schools in the nation’s capital.

Manila Mayor Honey Lacuna-Pangan expressed her gratitude to Ayala Foundation and its partners during the flag-raising ceremony and turnover held on September 12, which coincided with the city’s commemoration of Tourism Month. 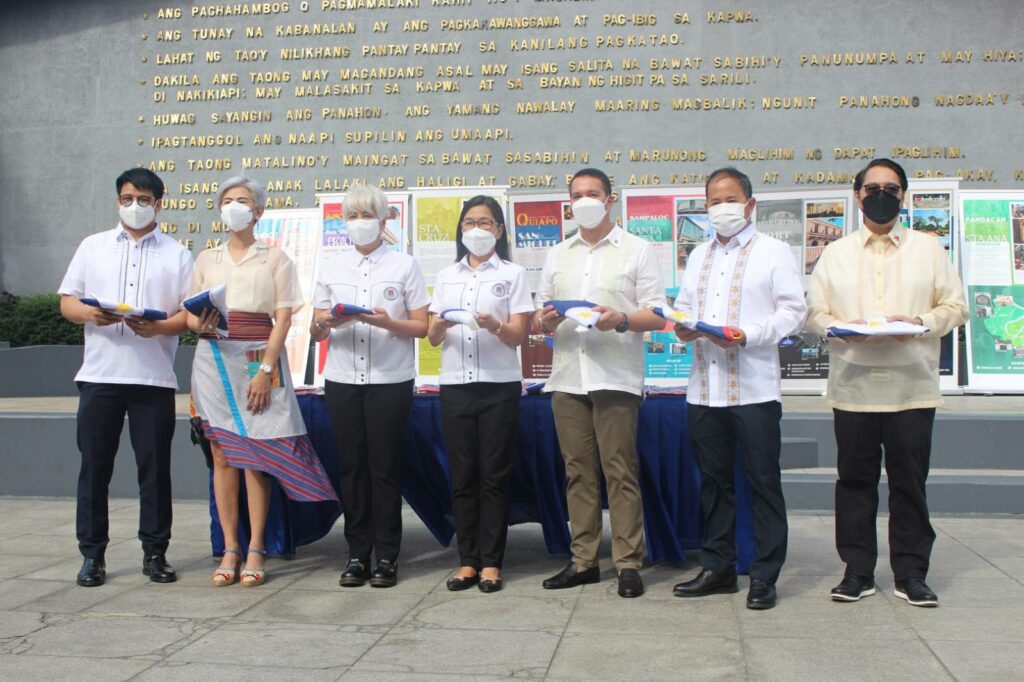 “Ang aming mensahe ay hindi nagbabago. Naniniwala kami that ‘love of country’ is important in building a strong nation,” declared Ronald Daniel Mascariñas, President of BAVI under which the Chooks-to-Go brand belongs, has been supporting the Maging Magiting program since 2018. 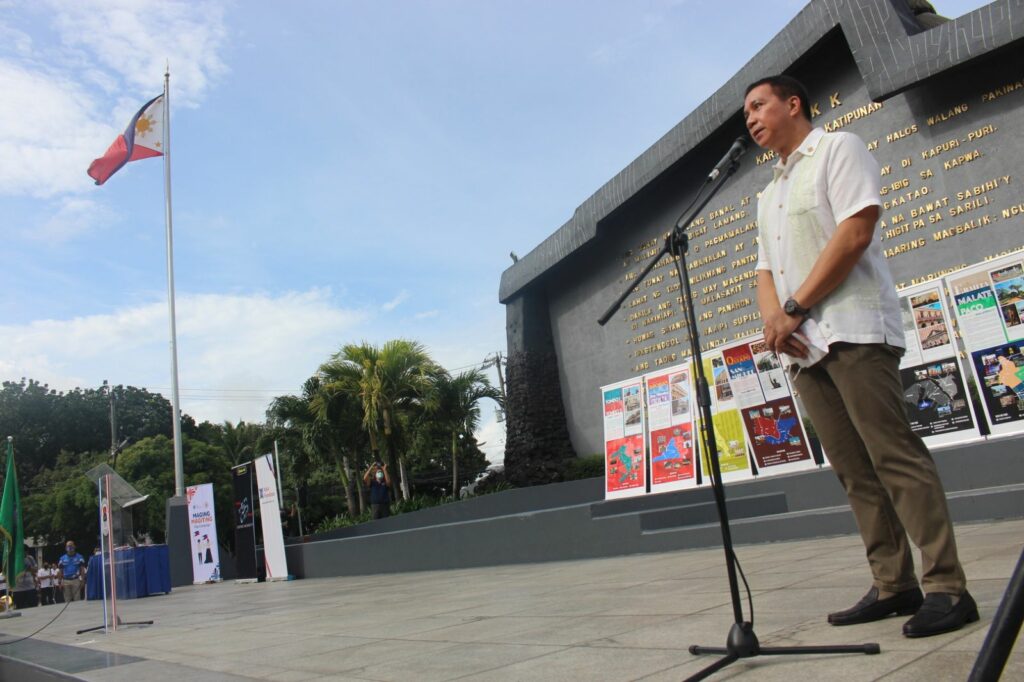 Ayala Foundation President Ruel Maranan thanked partners for supporting the Maging Magiting and Brigadang Ayala programs and called on everyone to be heroes in their own ways.

Maging Magiting is an advocacy program which aims to instill love of country by honoring national symbols, in particular, the Philippine flag.

#BrigadangAyala, on the other hand, is an umbrella program for disaster operations and back-to-school initiatives of the Ayala group of companies, seeking to bring #AyalaForTheGreaterGood in places that most need help.