“One day, all your hard work will pay off.”

At 4 years old, Carl Lanze Garcia had difficulty pronouncing words and understanding different concepts. For one year, he went to a daycare center and learned to color, recognize shapes, music and dance. At the same time, his parents taught him to read and write.

However, they knew it was not enough; they knew that he needed a good foundation for his education. Thus, one year later, they enrolled him at CENTEX Batangas, following in the footsteps of his brother.

As a child, Carl had trouble trusting others due to an awful experience with a friend, who exposed one of his secrets. And like most people his age, he lacked the courage and confidence to face hardships. But CENTEX changed him, helping him grow into a person who could think outside the box to solve problems and was capable of facing the obstacles in his life.

His time at CENTEX was memorable for him, especially because of the bonds he forged with his friends and teachers. His grade school life has taught him to be true to himself, and to be strong. 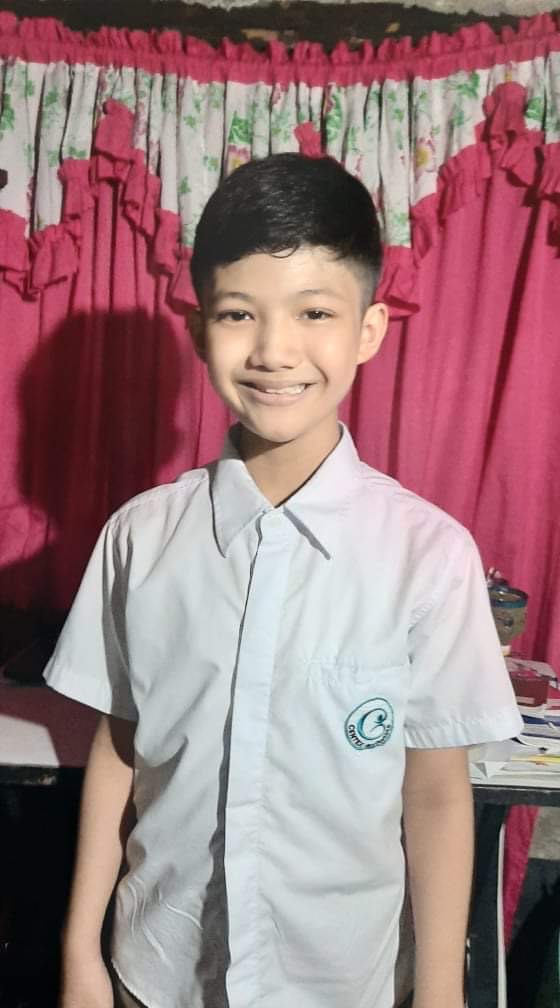 CENTEX provided Carl with a strong foundation in mathematics, allowing him to participate and win in several national and international math competitions in countries like Malaysia, Singapore, and Thailand. He was a consistent honor student throughout his elementary school years. But Carl isn’t all about academics; to unwind, he plays the ukulele and dances.

He takes inspiration from his family and relatives who have constantly supported his decisions and have guided him. When asked about the advice he would impart to kids his age, he says, “Don’t be shy when you’re asking about unfamiliar words or solutions from those who are older than you, because we can never solve the problem when we can’t understand it.” He adds, “Being a hardworking student is more uplifting or higher than an intelligent student.”

He aspires to be a professor someday, so he can help future learners further broaden their knowledge about the world. He graduated on July 7 and plans to enroll in Bauan Technical Integrated High School.

***
Lee Aya O. Pollicar is an incoming Grade 12 STEM student of APEC Schools – Grace Park West. Born and raised in the province of Antique, Aya’s life has been filled with trials, but that hasn’t stopped her from pursuing her goals and dreams.

When she was 8 years old, she and her family had to move to Manila, where hospitals were more accessible for her ailing grandmother. Transferring to a new school filled her with worries, and she didn’t know what lay ahead of her. A friend told them about CENTEX Manila, and Aya’s family took their chances and encouraged her to apply for admission. Competition for a spot at the school was tough and only one out of a hundred applicants would be accepted.

“The day of the examination was nerve-wracking,” she shared. She and her family didn’t have high expectations. Even though she was the first one to finish the entrance exam, they were prepared to apply to other schools after weeks of silence from CENTEX.

However, Aya was not fated to fail. Weeks later, she and her family received a call. She had passed the exam.

As a shy girl, she often missed a lot of opportunities in life. She didn’t get the chance to explore new things or take risks, and she would often stay in her room rather than socialize. School was also difficult. Her father lost his job, and she often missed school days due to financial constraints, resulting in her struggling academically.

But that all changed when Aya enrolled at CENTEX. Her experience as a CENTEX student shaped her into the person she is today; gone was the shy girl who was once afraid of making mistakes—of failing—and in her place was a confident individual who would stand by her principles in life, could express her thoughts more openly, and who was no longer afraid of stepping out of her comfort zone. 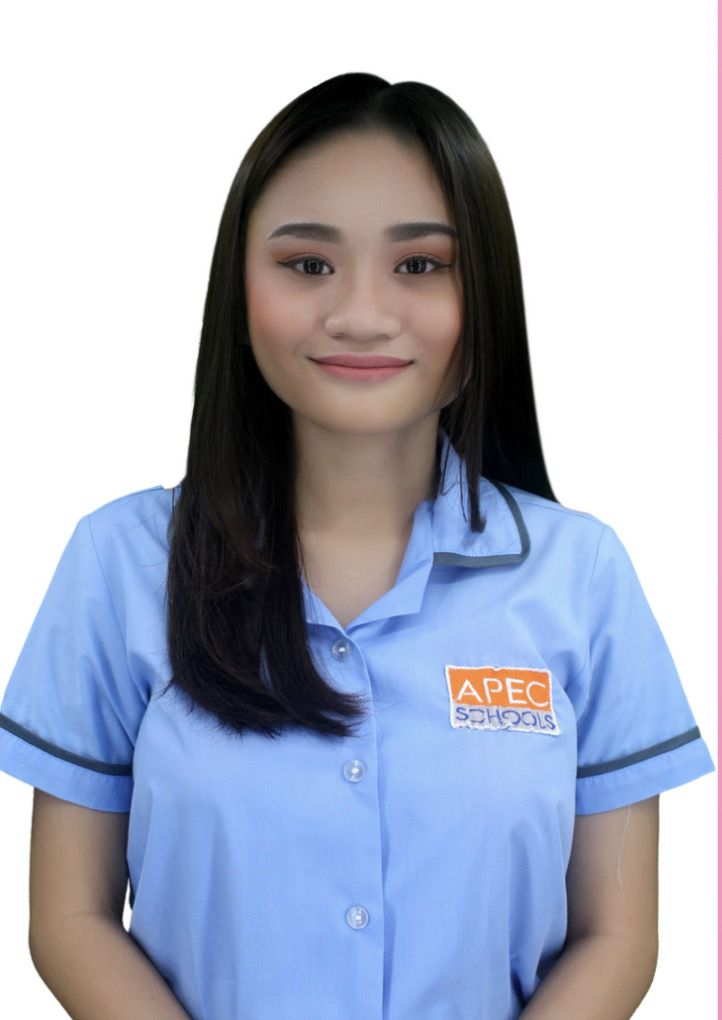 Hailing from the town of Anini-y, Aya Pollicar moved to the National Capital Region and enrolled in CENTEX Manila. She shares that her experience at the school helped her step out of her comfort zone.

Despite all her personal and academic challenges, Aya persevered, passing with flying colors and graduating with honors. “My situation and struggles in life did not stop me from achieving what I wanted,” she said.

Eventually, she was offered a scholarship for junior high school by Ayala Foundation, and she started studying at APEC Schools – Tondo, which brought out her leadership skills and talents. She aspires to be a nephrologist, hoping to help other people who are ailing like her grandmother.

One day, a young Hershey Fontanilla Gabi was pulled out of class by her mother to take the entrance exam for CENTEX. She passed the exam, and her life was changed forever.

Hershey was part of the pioneer batch of CENTEX Batangas in 2001. During her time at the school, she participated in various quiz bees, science camps, and academic competitions.

Her childhood had not been easy; as the second youngest out of four siblings, her parents had to do multiple jobs—her father drove a garbage truck, while her mother sold rugs and soaps. But despite being born into a family that wasn’t privileged nor wealthy, she had big dreams.

Hershey was exposed to the harsh realities of life at a very young age. Her father was also a barangay kagawad for several years, and there were many nights when people would knock on their door during ungodly hours, seeking her father’s help. These experiences inspired her to become a lawyer.  Many years later, she took up political science at the University of the Philippines Manila, where her eyes were further opened to a world of wide inequity between the rich and poor—a world where not everyone is given the same opportunities and the equal rights they deserve.

Like a lot of students, Hershey encountered obstacles during her studies. While studying, she also took on a job, and there were times when she missed class because of her work in the field. Worst of all, she was away from her family and home, and she was often unable to attend important gatherings.

Her inspiration has always been her parents, who imparted to her an important life lesson: that education was the best gift they could give to Hershey and her siblings; a legacy that they could leave behind despite their financial struggles. Hershey has received and earned numerous awards and degrees, including the Juris Doctor Degree and the Order of Flaming Arrows Award from the Arellano University School of Law.

Despite the hardships she had faced, Hershey strived harder and persevered to achieve her goals for the sake of giving her family, especially her parents, a better life. In 2015, after graduating from college, she was hired by FairBuilding Network—BCI Central’s corporate social responsibility arm. Just this year, she passed the 2022 Bar Exams.

CENTEX changed not just her life but also how she viewed it, in a lot of ways. One important virtue she learned was to pay it forward—an attitude that she and her entire family shared. She learned to be compassionate—to be selfless and sensitive to the needs of others, sharing the blessings she and her family received by helping people, and by remembering their roots and expressing their gratitude to those who had helped them achieve success.

“CENTEX inspired me to have bigger goals because I knew that if I wanted to pay it forward, I needed to have more, be more. I knew that if I didn’t dream bigger and strive harder for myself and my family, we might be stuck in the same financial situation that we were in back then,” she said. One of her goals is to help build facilities in CENTEX Batangas together with her friends for the next generation of pupils. 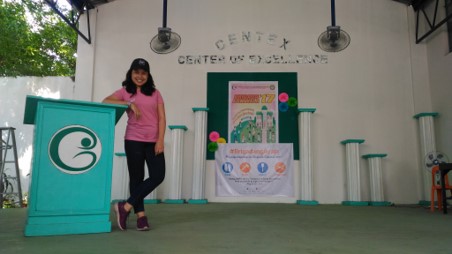 Newly-minted lawyer Hershey Gabi hopes to pay it forward by helping the next generation of students with their studies. She encourages to dream big and work hard.

When asked about any advice she could impart to CENTEX students, Hershey’s words were powerful.

“Live each day with the mindset that what you do in life is not just for your own good but also for the people around you. You are part of a bigger world, and someday you will be part of something bigger than you. To get there, you will have to take bigger steps, longer walks. CENTEX will prepare you to get there. And when you get there, remember to look back and give back. Remember to pay it forward.

“To every CENTEX pupil who aspires to become a lawyer, you will be. To become a lawyer requires a huge amount of determination and perseverance, not to mention the mental, physical, financial, and emotional exhaustion. But as long as you put your mind and heart into it, you will earn it. And by the time that you earn the title, you will realize that it is worth all the hard work and pain that you had to endure during the journey.”

CENTEX or the Center of Excellence in Public Elementary Education began in 1998 with only two schools in Manila and Batangas. Since then, the program has helped numerous students and teachers receive and provide quality education tailored to their specific skills.

CENTEX helps students bring out their fullest potential by getting them out of their comfort zone, catering to their financial and material needs by giving free tuition, school supplies such as bags and books, school uniforms, and even transportation allowances, just to name a few. It adopts a holistic approach to education by combining classroom learning with after-hours training in the performing arts and other skill-building activities.

To ensure the longevity of the program, the CENTEX Training Institute provides professional development for elementary school teachers, to upskill and re-skill them in functional and digital literacy.

Among our programs is Eskwelahay, which empowers parents in the community through livelihood skills and encouraging volunteer service, and Parent Values Education Program, which aims to provide parents with a safe and supportive network where they can learn and share experiences of raising children.

CENTEX is the result of collaboration among students, parents, educators and stakeholders who recognize the transformative effects of education on the lives its community. This would not be possible without the help of the generous donors and sponsors who have supported the children throughout the years. Help us change the lives of more students and aid them in achieving their dreams by supporting our various programs.

Carl, Aya, and Hershey’s successes are a testament to the dedication of Ayala Foundation and CENTEX to cater to the needs of underserved students with potential. Some of them have already achieved their dreams, while others still tread a long and arduous road. But just as Ayala Foundation will never stop helping those in need, these students have never stopped dreaming, never stopped reaching for their goals. They never stopped climbing the stairs of success, no matter how steep it was.

It may be a long journey, but there’s always a light at the end of the tunnel.